Motorcyclists are at a much higher risk of being injured or killed in an accident than those who travel in passenger vehicles. Therefore, it is critical to know the most common causes of motorcycle accidents to protect yourself and others on the road. 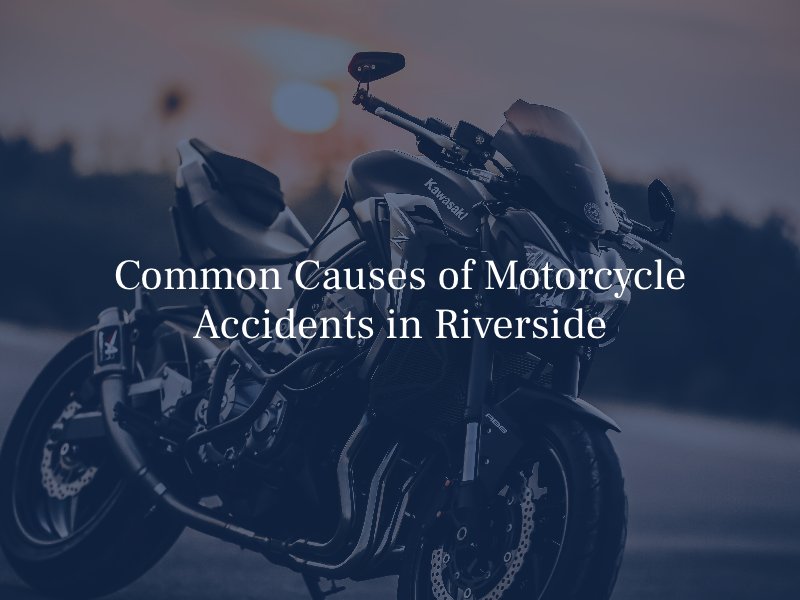 Speeding not only increases the risk of an accident but also the potential for severe injuries. Higher speeds give riders less time to react, which can make it easier to lose control of a motorcycle. Riders are more likely to speed while under the influence of alcohol or drugs, making it a deadly combination. Following speed limits is crucial to maintaining their safety and the safety of others.

Riding Under the Influence

Motorcycles are dangerous when sober, and since alcohol impairs the senses, it makes riding a motorcycle while intoxicated even more threatening. Alcohol and drugs can affect a rider’s judgment, reaction time, balance, and coordination. In 2019 motorcycle riders involved in fatal crashes had higher percentages of alcohol impairment than drivers of other motor vehicle types. It is not just being above the legal limit of .08% blood alcohol content (BAC) that makes riding increasingly dangerous, as having a BAC as little as .05% can change the likelihood of being in an accident to 40%.

When a driver fails to notice a motorcycle in its blind spots and makes an unsafe lane change or turn, it can be deadly for the motorcyclist. Blind spot accidents are a constant threat, as it is estimated that there are more than 800,000 of this type of collision each year.

Failure to Yield the Right of Way

Because motorcycles are much smaller, drivers tend to misjudge their distance and speed. As a result, they cause accidents by turning left into their path.

A head-on accident occurs when the front of a motorcycle collides with the front end of another vehicle. There are multiple scenarios where a head-on collision can occur, for example:

These accidents are often fatal, due to the amount of force involved and the fact that passenger cars weigh well over four times more than the average motorcycle.

Motorcyclists are much more susceptible to the elements, such as road debris, wet or uneven pavement, potholes, snow and ice, animals, etc. These hazards are very dangerous for motorcyclists, and all contribute to severe collisions.

Have You Been Injured in a Motorcycle Accident?

If you or a loved one has been severely injured in a preventable motorcycle accident caused by another party’s negligence, you may be entitled to compensation. Call (951) 688-0006 and arrange a free consultation with a highly skilled Riverside Motorcycle Accident Lawyer today.