How is Fault Determined in a Motorcycle Accident? 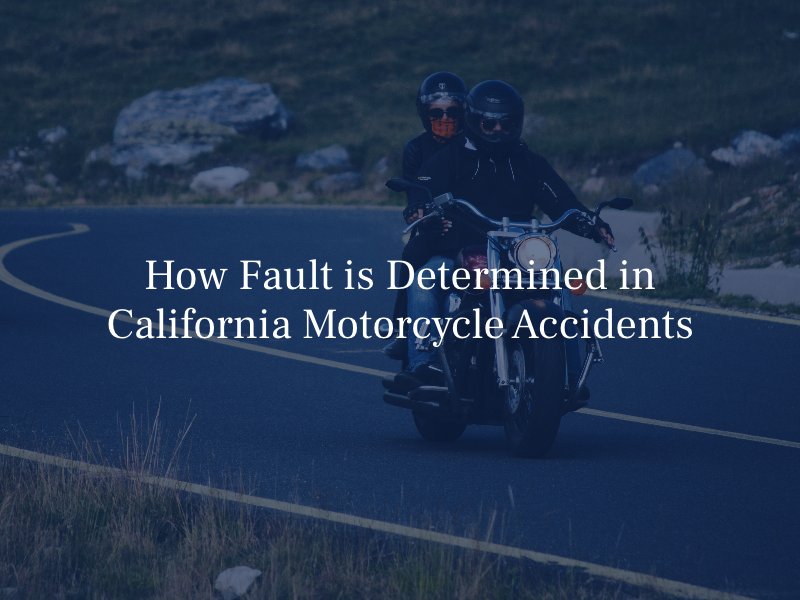 A police report can be extremely beneficial in proving fault. It doesn’t always have the final say, but the officer’s information and opinion on who they believe caused the accident can carry a lot of weight in an insurer’s decision. For example, the officer will include the following:

If one party is cited for a traffic law violation or charged with a crime (e.g., driving while intoxicated), this can serve as significant evidence of fault that is difficult to challenge. However, police officers can make mistakes, and drivers can lie. Therefore, insurers will also consider additional evidence, such as witness statements, video footage if available, the extent and where the damage is located on the vehicles, and more.

Fault for some motorcycle accidents is referred to as “no-doubt liability.” This means that due to the circumstances of the collision, a particular party is almost always to blame. For example,

In these types of cases, it is very challenging for the at-fault party to argue liability, and claims are often quickly resolved in a settlement.

Since California is an at-fault state, the party that causes a motorcycle accident is responsible for damages. However, California also has a law known as pure comparative negligence, which applies to motorcycle accident cases. Under this law, each party involved is assigned a percentage of fault, but as long as you are not 100% to blame, you can recover compensation, but it will be reduced. For example, if you are awarded $100,000 but found 30% at fault for your motorcycle accident, you will receive 70% or $70,000. Additionally, if you are found 90% responsible, you will only recover 10% of your award, or $10,000, and so on. Therefore, it is critical to work with an experienced Motorcycle Accident Attorney in Riverside who can ensure that fault falls on the appropriate party.