What Is Secondary Brain Injury?

A secondary brain injury refers to the damage that can occur as an indirect result of a primary cause of a brain injury. In the hours or days after an initial brain injury, many cellular, chemical, tissue, and blood vessel changes can destroy parts of the brain that were originally unharmed. 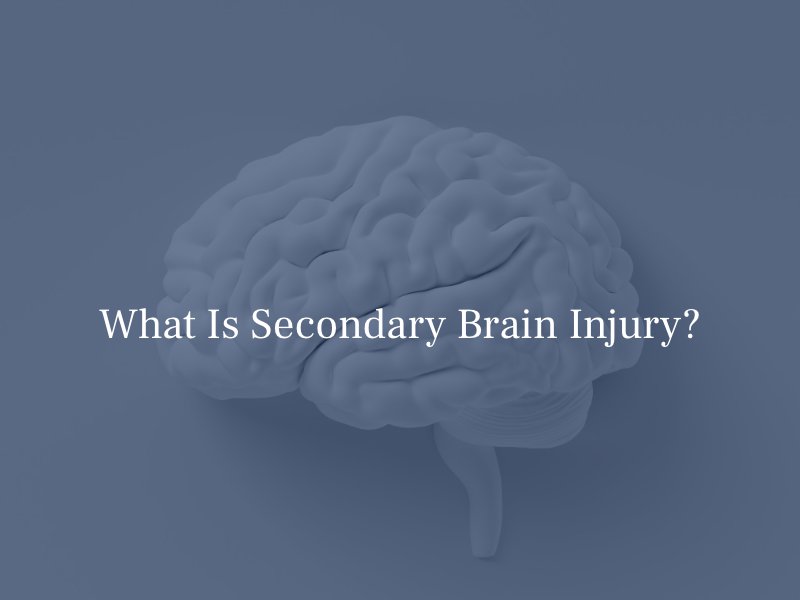 The Difference Between Primary and Secondary Brain Injury

A primary brain injury is immediate damage to the brain tissue as a direct result of an external incident, such as a violent blow or jolt to the head. During impact, the brain can suffer bruising, bleeding, and the shearing of nerve fibers known as axons. The brain will typically swell in response, causing tissue to push against the skull, leading to further bleeding and reduced circulation. If the swelling is not treated, parts of the brain can be starved of oxygen and nutrients. As a result, secondary brain damage occurs when undamaged brain cells begin to die.

Signs of a Brain Injury

Any of the following signs of a brain injury require immediate medical attention:

The leading causes of primary brain injuries are as follows:

Examples include falling from a ladder, falling down the stairs, or tripping and hitting your head on the ground or a solid object.

It is common for the head to be forcefully jolted or come into contact with an object upon impact, such as the headrest or another part of the vehicle.

A Brain Injury Attorney Can Help

If you or a loved one has suffered a secondary brain injury in a preventable accident caused by another party’s negligence, you may be entitled to compensation. Contact an experienced Riverside Traumatic Brain Injury Attorney to arrange a free consultation. We can discuss your legal options and help you hold the at-fault party accountable.